As votes continue to be counted in several battleground states, the conversation surrounding the high volume of early & absentee votes continues as well.

These votes will likely decide the outcome of the presidential election with Democratic nominee and former Vice President Joe Biden continuing to inch closer to the 270 electoral votes needed to win the election. Alleging fraud within the early & mail-in voting process, President Trump has filled lawsuits in key battleground states that have largely swung in Biden’s favor.

While states like Pennsylvania, Nevada, and Georgia remain uncalled, Mississippi was declared for the president within minutes of the polls closing on Tuesday, but that doesn’t mean votes in the Magnolia State still aren’t being counted. If you requested an absentee ballot and mailed it in, your ballot will be counted as long as it was postmarked by election day and arrives within five business days.

In the final update from the Secretary of State’s office heading into Tuesday, 248,335 Mississippians had requested an absentee ballot with 231,031 being filled out and sent back. The record-setting totals far exceeded the number of absentee ballots requested (110,812) and returned (102,915) in 2016.

Mississippi was one of few states that did not allow early voting in addition to absentee voting, and Governor Tate Reeves took to Twitter this morning to explain that he will not allow for an expansion to these avenues in future elections.

Secretary of State Michael Watson told Sarah Fowler with the Washington Post that he “thinks it’s time for that discussion” after seeing the high voter turnout on Tuesday, leading to long lines across the state. 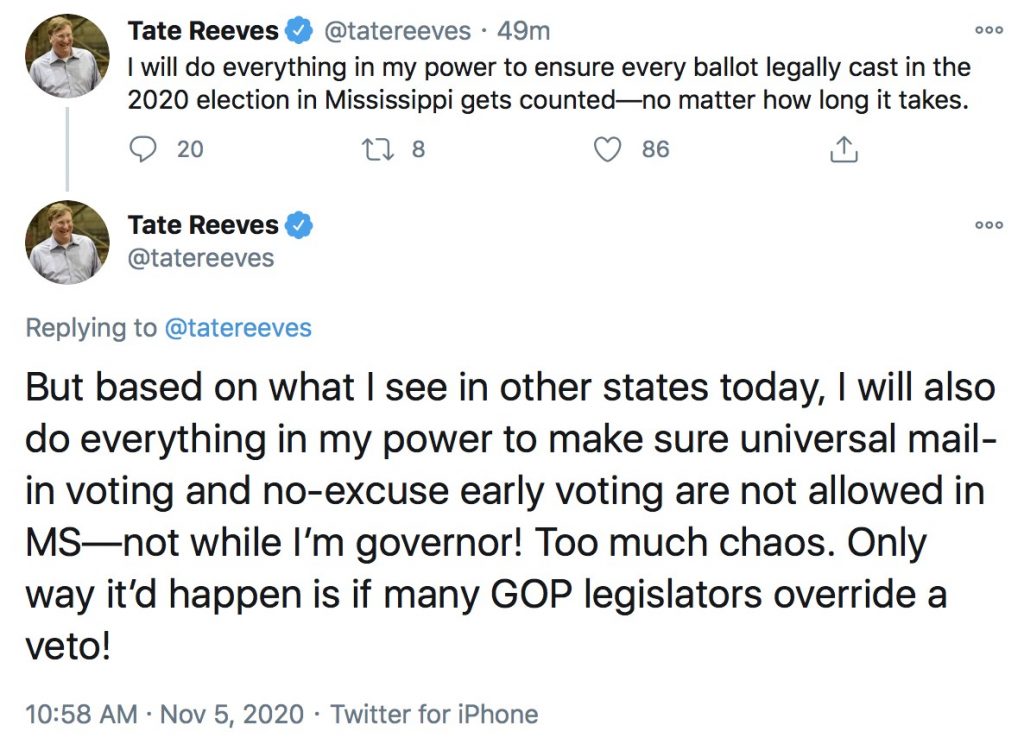