After a recent social media post regarding a sharp rise in overdoses in Oxford went viral, the Oxford Police Department issued a warning about the dangers of drugs and where people are getting them from.

The post, which was originally shared in a private group before being shared publicly, states that “dirty drugs” are the source of several recent overdoses in the city. A lengthy statement from Police Chief Jeff McCutchen states that recent investigations have revealed that street-level drugs are being cut and processed with the deadly substance known as fentanyl, which according to the DEA, is 80-100 times more potent than morphine.

“Drugs are being cut and processed with Fentanyl so that the dealer can produce more of the drug,” McCutchen said. “The human body can only withstand a small microgram dose of Fentanyl. Cross-contamination of any drug laced with Fentanyl can be deadly and that’s a risk not worth taking!”

As for the source, McCutchen explained that the use of the internet is making it more difficult to track where the drugs are coming from.

“We know that many people are accessing drugs through the dark net and receiving narcotics through the mail. Our agents have also traced these drugs back to our surrounding states through their investigations. When drugs are accessed through these means, we know two things happen, the user does not know what they are getting or where it is coming from and it diminishes law enforcement’s ability to track and locate the source. We implore our community to never take drugs! Taking an unknown substance can have life-altering results,” he said.

So far, OPD has investigated 11 overdoses in 2020, two of which were fatal. If you end up in a situation where an overdose occurs, the department wants you to be aware of Mississippi’s ‘Good Samaritan Law.’

“Mississippi’s Good Samaritan Law protects someone from prosecution when they call 911 for themselves or a friend when medical attention is requested. We ask our community to contact us if you have any information about narcotic use or distribution in the Lafayette, Oxford or University communities. You can reach our Metro Narcotics Unit at 662-236-3900.”

The original social media post can be seen below: 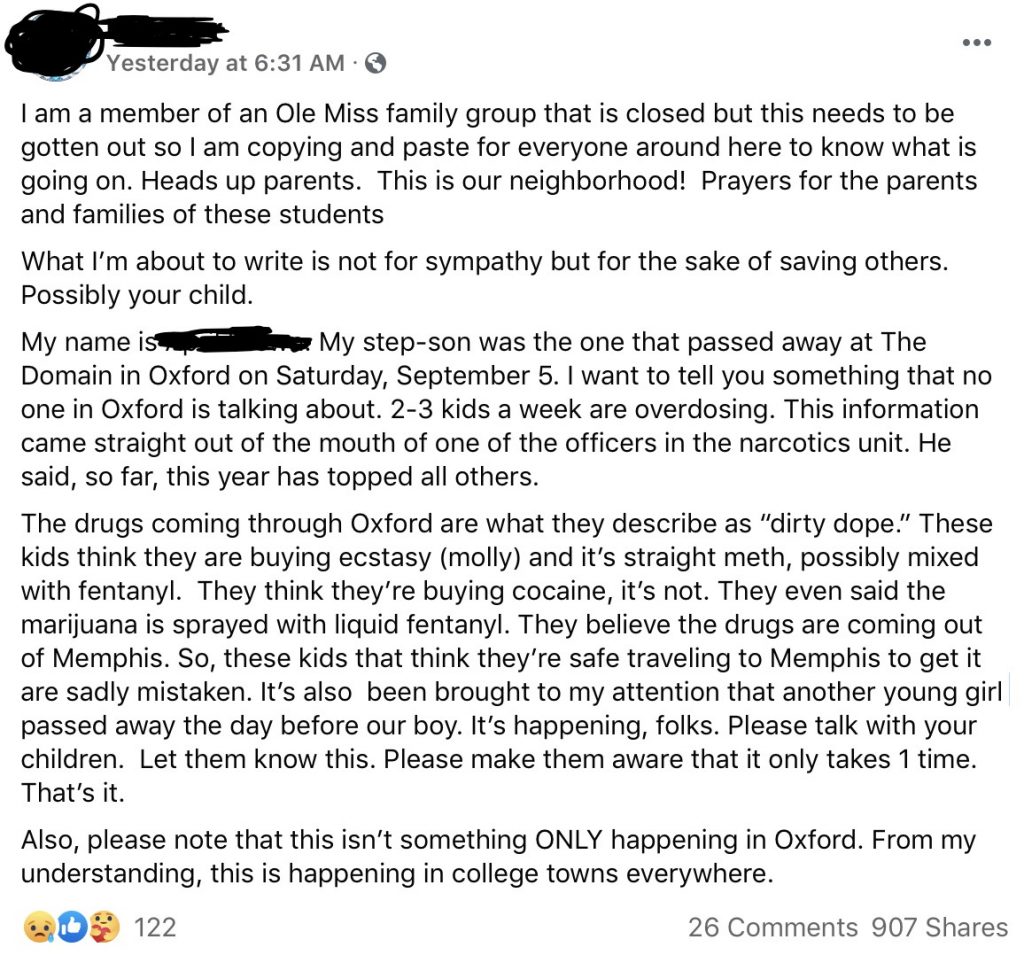