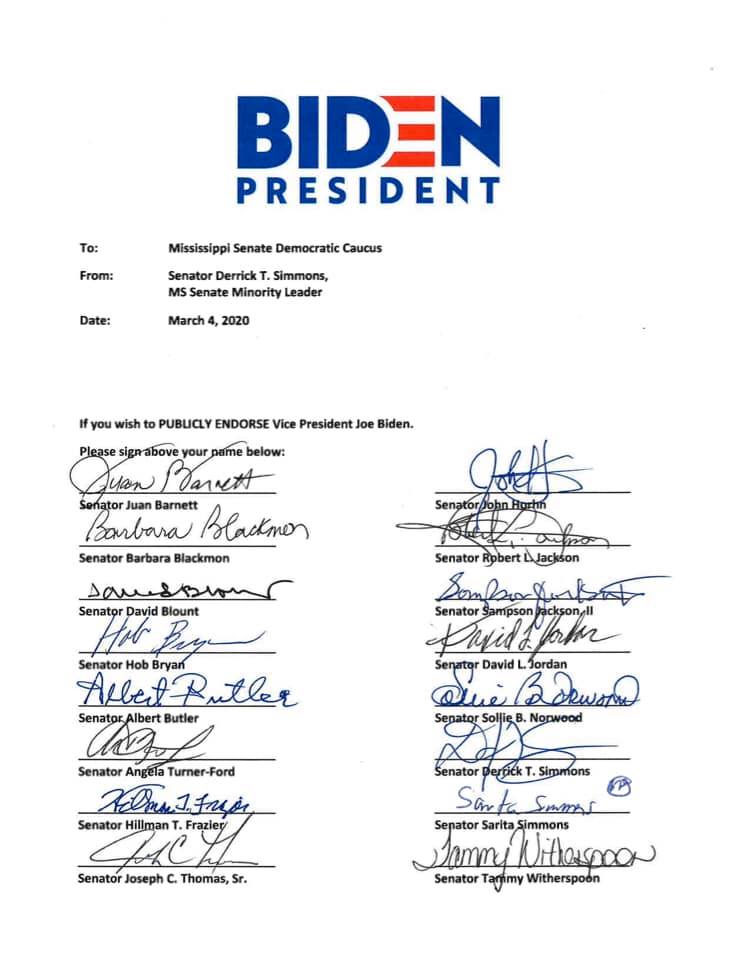 16 members of the state’s Senate Democratic Caucus announced their support for Joe Biden for U.S. President.

The senators join Mississippi Congressman Bennie Thompson who announced his endorsement of Biden on Thursday.

Thompson said, “Joe Biden has spent his whole life serving something bigger than himself.  He has fought beside us in every fight that matters. Our country is in dire need of moral leadership that can end today’s division and hate and bring our country together. Joe has shown that he has character and unmatched skills to lead us and get things done.”