Below, you can check out the post in its entirety.

Vaccines are rolling out across the US. That’s great news. The bad news: it’s not going nearly fast enough (at least here). I said that on Monday, and I said we were working on plans to eliminate roadblocks. Here are some of the problems and solutions discussed behind the scenes:

We had around 78K doses that were marked by the federal government for long term care facilities. State government was basically removed from that part of the process—direct delivery. Only around 2% had been given. That worried me.

I spent the week meeting with people in long term care/nursing homes. At every one of their facilities they had dates scheduled for vaccinations. They complimented the professionalism and believe 100% of first doses will be done by the end of the month. Makes me feel much better.

We’ve had around 30K doses out at hospitals that had not been reported administered. It’s hard to say whether that’s a delay in actually delivering the vaccine on their end, or a reporting error. I want more information and accountability there. That’s coming.

Drive-through clinics have been a huge point of success. It’s still early, but the ones we’ve stood up have worked. I’ve been talking with the team, and here’s what we’re doing with that lesson:

Doubling the number of those vaccine sites.

Double the number of days open.

Double the number of appointments at each site per day.

That should make our max possible number of appointments go from 8,000 to 30,000 over the coming days.

We’re also working on the customer service piece. Elderly Mississippians—most vulnerable to the virus—can’t rely on apps and social media. We’re increasing call center capacity as we speak, so you can speak with a real person and get accurate information.

When we have a problem in Mississippi, my goal is always the same: be honest about it. Try to fix it, not hide it. Keep you up to date.

If you want a vaccine, you should have quick, simple access. Government logistics should not stand in your way.

Shutdowns are done. This is the mission now. We can’t lose precious months to debate over who is more essential. We need to quickly get this out to everyone we can. Allow people to protect themselves. Then open this country back up—wide open! Get back to life without this fear!

You can make appointments by going to COVIDvaccine.umc.edu or by calling the COVID call center at 1-877-978-6453. These plans were just finalized, so give workers a bit of time to make them actionable. I wanted to get the information out right away! God bless! 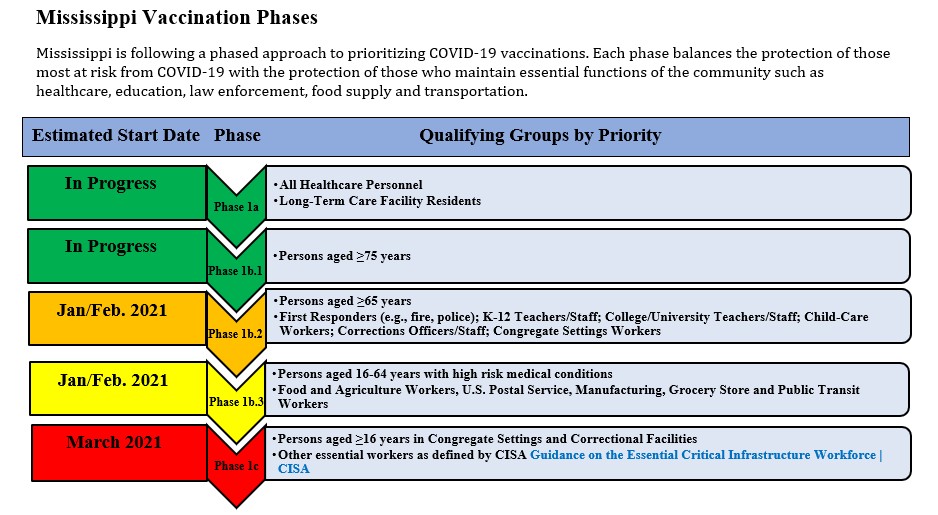