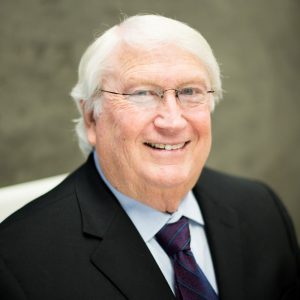 During his daily press briefing, Governor Tate Reeves announced the appointment of new leaders for two high-profile departments – the Mississippi Department of Corrections and the Department of Public Safety.

You can watch the introduction of both Commissioners below and read more about each appointment.

Governor Reeves introduced Burl Cain as the next Commissioner of the MDOC. Cain will officially replace Pelicia Hall, who stepped down in January amid a swell of gang violence within the state’s prison system.

Cain was formerly the longtime warden of Angola Prison in Louisiana, which the Governor stated was once considered the “bloodiest prison in America” and credited Cain with turning things around.

“He brought faith, security, safety, dignity and pride to the prison,” Governor Reeves said. “They went from beatings to bible studies. He transformed America’s bloodiest prison into the model of success for the nation.”

The Governor went on to say he believes Cain can ensure the “integrity of our system is upheld”. Cain outlined his philosophy when it comes to fixing Mississippi’s prison system.

“We want to have moral rehabilitation. Moral people don’t commit crimes,” Cain said. “We’re going to focus on re-entry, and really skills and trades, so that when they are released from prison, they can get a job.”

Cain, who has 34 years of experience as a warden, also said that the overall stability of the system and ensuring safety within it are key. The new MDOC Commissioner was asked about a 2017 investigation, led by the Louisiana State Auditor, into his spending practices while at Angola. Cain was eventually cleared following the investigation and today, he stated: “those allegations were unfounded.”

Cain was recommended the Governor by a committee, led by Vicksburg Mayor George Flaggs, tasked with conducting a nationwide search for a new MDOC Commissioner.

The Governor has appointed Sean Tindell as the new Commissioner of the Department of Public Safety following former Commissioner Marshall Fisher’s retirement in January.

Tindell, a native of the Gulf Coast, has served as a Judge on the Mississippi Court of Appeals since he was appointed by then-Governor Phil Bryant in 2017.

“I couldn’t be more proud that Sean Tindell is willing to step up and answer the call to serve. He is inheriting a group of individuals that care deeply about our state, and I know with his leadership, we will continue to take that department to the next level,” the Governor said.

Tindell stated that his priorities include improving the efficiency of the state’s DMV, the state crime lab and ensuring the overall safety of law enforcement in Mississippi.

The new DPS Commissioner has previously served in the Mississippi Legislature and as a prosecutor on the Coast.