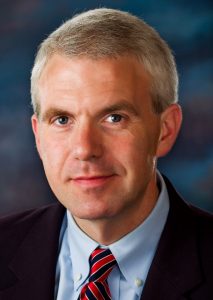 Northern District Public Service Commissioner Brandon Presley sent a letter to the Federal Communications Commission (FCC) to intervene on behalf of Mississippi customers ordered to work from home or students who have transitioned to online classes due to COVID-19.

The letter asks the FCC to take action to remove data plan caps, prevent customers from receiving overage charges on their plans, and prohibit companies from reducing internet speeds due to increased usage, also known as throttling, during this health emergency.

On Thursday, the State Institutions of Higher Learning announced that all eight of the state’s public universities will shift to online courses on March 23rd, following an extended Spring Break.

“Many consumers have no other option than to utilize their mobile devices for internet services, both through the use of their devices by themselves and by utilizing them as mobile ‘hotspots’ to use with other technology,” Commissioner Presley said in the letter. “They should not be penalized for doing their jobs or furthering their education due to these unforeseen changes that are outside their control. The digital divide is real and these steps will greatly help those affected by it.”

The full letter to the Federal Communications Commission is provided below.